The Third Anglo-Afghan War (Persian: جنگ سوم افغان-انگلیس‎), also known as the Third Afghan War, the British-Afghan war of 1919 and in Afghanistan as the War of Independence, began on 6 May 1919 when the Emirate of Afghanistan invaded British India and ended with an armistice on 8 August 1919. The war resulted in the Afghans winning back control of foreign affairs from Britain, and the British recognizing Afghanistan as an independent nation. According to British author Michael Barthorp, it was also a minor strategic victory for the British because the Durand Line was reaffirmed as the political boundary between Afghanistan and the British Raj, and the Afghans agreed not to foment trouble on the British side. 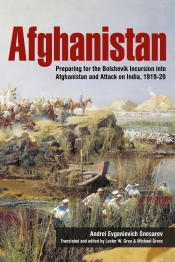